One of the signs of electrical system issues to watch out for is flickering lights. When the lights flicker, there may be a short in the fuse, a short in the wiring, or not enough electrical current running throughout your home to sustain the lights and everything else you have plugged in.

Another issue to watch out for is problems with your circuit breakers. If you have a breaker or several breakers that trip often, you likely need to have your whole electrical system updated. An example of this is not being able to run a TV from a certain outlet in your living room at the same time someone is charging their phone in a bedroom outlet without the breaker throwing.

Your circuit breakers should rarely be tripped, and you certainly should not have issues using two outlets for normal activities at the same time.

You Don't Even Have Circuit Breakers

Older homes often have a fuse box rather than a breaker box in the home. Fuses are an older way of controlling the electrical current inside of a home. When a breaker throws, you can just go down to your breaker box and reset it.

However, in a home with a fuse box rather than circuit breakers, fuses have to be replaced when they are blown. Fuse boxes can often have other issues including the fact that some homeowners accidentally use the wrong amp rating for their fuses, increasing the risk of electrical problems throughout the home.

If you decide to switch from a fuse box to circuit breakers, have a licensed electrician do the work. The process has to be done with the electrical system "hot" (electricity actively running into your house) which can be dangerous for someone that is inexperienced.

Now that you know some of the signs that your home needs an electrical upgrade, call an electrical contractor as soon as you detect an issue. 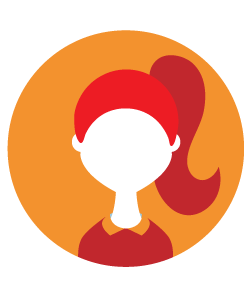 Nobody enjoys spending time in a room with flicker …

Owning a house may encourage you to make improveme …

Whether you intend to install electrical wiring or …